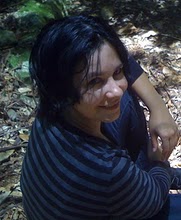 NaNo is coming to an end. Crazy, right?  Just think by next month you could be drowning in revisions or you could take a much needed vacation. I'm opting for a vacation with lots of eggnog (preferably spiked)!


Sit back and relax because Cheree Smith is ending my NaNo interview series with a BANG!

You can visit Cheree at her blog Justified Lunacy


If you want to buddy Cheree her NaNo username is cherry_chez

Tell us what the name of your NaNo story is Scripted

What is Scripted about? The only thing Michaela remembers is her name, but that's probably because it's embroidered into the jumpsuit she finds herself wearing when she awakens aboard a plane. After being forced to jump out of it before crashing, she finds herself trapped on an island where is given details about who she is. Michaela feels like she's been given a character to play, and everything she's been told isn't the truth. Michaela has to piece together her life and distinguish between the truth and the script she's been given to play. Can she escape from the island before she becomes the person they say she is?


Why in the world do you NaNo? It actually forces me to write and get something completed. I have a habit of starting projects and then being sidetracked by something else. This helps me focus.

Do you plan for NaNo or are crazy like me and NaNo on the fly? I had an outline of a plot to start with, but had to chuck that away on day 2 when my characters didn't want to follow the story I had imagined.

Where did you get the idea for Scripted? From watching so much reality television. I found it funny that for being reality it is very scripted and the show only shows what they want. My original story was about a girl who went to school on a reality television show, now I was intrigued about whether a person without any memories could be programmed to follow the character that someone else has created for them.

What is your down and dirty tip for upping your word count? Turn off your self-editor and DON'T erase anything. The more times you rewrite sections the lower the count will be, even if you hate it, keep it.

Quick it's day thirty at five at night and you have 45,000 words, what are you going to do to finish? Probably pull an all nighter.

Cheree I truth or dare you! truth

If you were a character in any story, who would you be and why?
I actually would like to be a character out of another story I'm writing called Swayed. My MC is Jace and she's a strong girl who is a bit geeky at heart (but doesn't like to show people that side). After playing a video game she finds out that she has been given super powers. Her power is the ability to open wormholes and transport herself to another location. That would be a cool power to have, and a time saver.


Thanks so much for stopping by Cheree and Good Luck! I think she will be in the winners circle pretty soon!
Happy Thanksgiving everyone! Stay tuned next week I will reveal the big dare no one was brave enough to accept.
Posted by Kerri Cuev at 7:00 AM

Great interview, and that story sounds so fantastic!

I love these interviews. It's a lot fun to see what interesting projects people are writing for NaNo. Great premise Cheree - and this is probably late, but good luck! :D